How to install and watch MSG Go on FireStick

Sabrina Spellman is back in Riverdale Season 6 Episode 19: Trailer Reveal 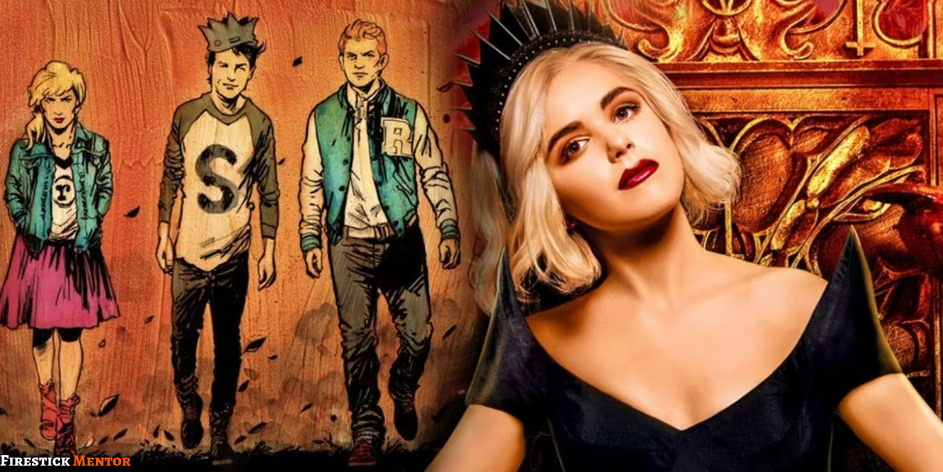 The Riverdale season 6 episode 19 reveals the first look at Kiernan Shipka’s Sabrina Spellman return from Chilling Adventures of Sabrina. The CW has made a preview available for the upcoming episode of Riverdale.

Riverdale and Chilling Adventures of Sabrina’s viewers were hoping for their crossovers which are finally happening. The show ended a year ago, but Shipka played her character in Riverdale as a teenage witch at the beginning of Riverdale Season 6. The storyline has a twist as Sabrina appears to be an alternative version of Rivedale

As shown in the preview, Cheryl asks Sabrina to assist in resurrecting four of their own. Sabrina will need to create a coven to accomplish this, and it appears that Betty, Veronica, Tabitha, and others will become witches to do it.There is a reason Cheryl and the others seek to raise the dead, as viewers saw in the previous episode, “Biblical.” All of Riverdale’s firstborn children perished due to Percival Pickens killing Nana Rose, the town’s oldest firstborn kid. Archie, Jughead, Fangs, and Toni were among them.

The CW released a trailer for episode 19, which airs the following week, after the events of Riverdale season 6 episode 18. Shipka’s Sabrina follows Percival Pickens into the appropriately named “The Witches of Riverdale,” where she kills several firstborns during Toni Topaz and Fangs Fogarty’s wedding. The trailer is provided below.

At the end of Riverdale season 6, episode “Biblical,” Heather tells Cheryl and the others that she happened to know of a powerful necromancer, who is also a witch-like herself, and her name is Sabrina Spellman.Chapter One Hundred and Fourteen: The Witches of Riverdale was directed by Alex Pillai and written by Chrissy Marron and Roberto Aguirre-Sacasa.

It will be fascinating to see Sabrina in Riverdale. The Riverdale season 6 episode 19 trailer appears to be a canceled storyline of Chilling Adventures of Sabrina season 5. If the show hadn’t been canceled, the Riverdale group would have seen Sabrina and the Greendale gang, who would have recognized Cheryl, Betty, Veronica, Archie, and Jughead as witches as per the Archie Comics. While not a straight adaptation, this is the closest Chilling Adventure of Sabrina will come to reenacting that plot with Riverdale in live-action.

As the Multiverse universe concept is admirable to the viewers, Riverdale explores the Riverdale realm where Sabrina came to Cheryl Blossom for a transfer spell. The fans cant get enough of Sabrina’s storyline, especially considering her massive role in the Archie Comic series. The storyline of Riverdale has been expanded after introducing the witchcraft concept, and therefore Shipka as Sabrina will return to the show for more episodes, and this time will play a crucial role in it.

On July 10th, “Chapter One Hundred and Fourteen: The Witches of Riverdale” will debut, and we can see Sabrina Spellman again.

How to install Sofa TV on FireStick and Android TV

How to Install FileLinked on Amazon Firestick?

How to Install Quibi on Firestick / Fire TV