Amazon Offers Up to 46% Off on Fire TV, Echo, Kindle, and More for Christmas 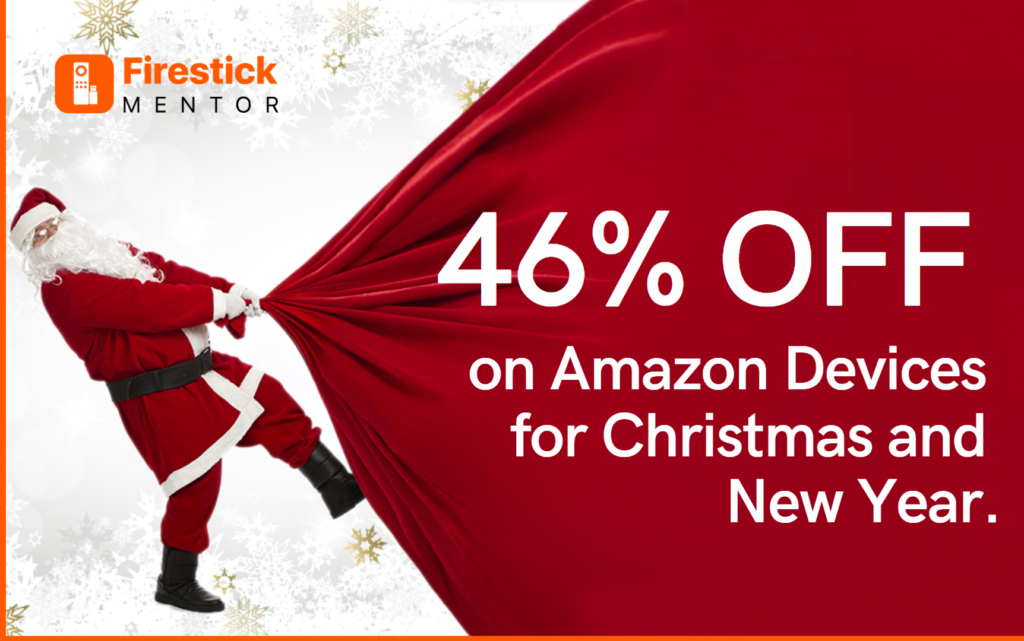 Amazon often offers discounts on a wide range of products, including their own hardware products, during the holiday season. This includes Christmas and other holidays such as Black Friday and Cyber Monday.

As we approach Christmas and the New Year, Amazon has discounted its product offerings from Smart TVs, Fire TV streaming sticks, the Kindle reader, and so on.

Here are some of the most tantalizing deals you can take advantage of. Starting now.

The Amazon Fire TV Stick is a small device that allows users to stream content from popular streaming services like Netflix, Hulu, and Amazon Prime Video on their television. It connects to a television through the HDMI port and can be controlled using a remote or a compatible mobile device. The Fire TV Stick also has a range of features, including the ability to search for content using voice commands, access to thousands of apps and games, and support for high-definition video.

In short – it turns your TV into a smart TV.

Here are some deals that you can avail on Amazon’s Fire TV offerings:

You can check out these deals here.

The Amazon Kindle is a line of e-readers developed and marketed by Amazon. These devices allow users to store and read electronic books, as well as other types of digital content such as magazines, newspapers, and PDFs. It remains a popular choice for people who enjoy reading and want a portable and convenient way to access a wide range of digital content.

Here are some deals for Amazon Kindle you can grab right now:

Get it while it’s hot on Amazon.

Amazon’s Echo Dot speakers have attracted the attention of many due to their eye-pleasing, compact design. With prices ranging from $50-$60, they offer a cost-effective way to integrate smart home tech into your space – regardless of where it is. Plus, Amazon was one of the first brands on board with Alexa virtual assistant technology in 2014, making them even more appealing!

Boasting superior audio quality, temperature sensors, and quicker Alexa responses than ever, the fifth-generation Echo Dot with Clock is an incredibly affordable option with features. Not only can it be used as a mesh Wi-Fi extender for faster home Internet connection but it also offers multiple other useful functions.

Here are some deals for the Echo Dot right now:

You can avail the deal for Echo Dot here.

Given the huge savings on Amazon devices right now, consumers who want to upgrade their digital lifestyle will consider these deals.

Looking for a VPN? A good VPN for FireStick has a great deal for Christmas. Check it out!