How to Watch BBC iPlayer on FireStick in India 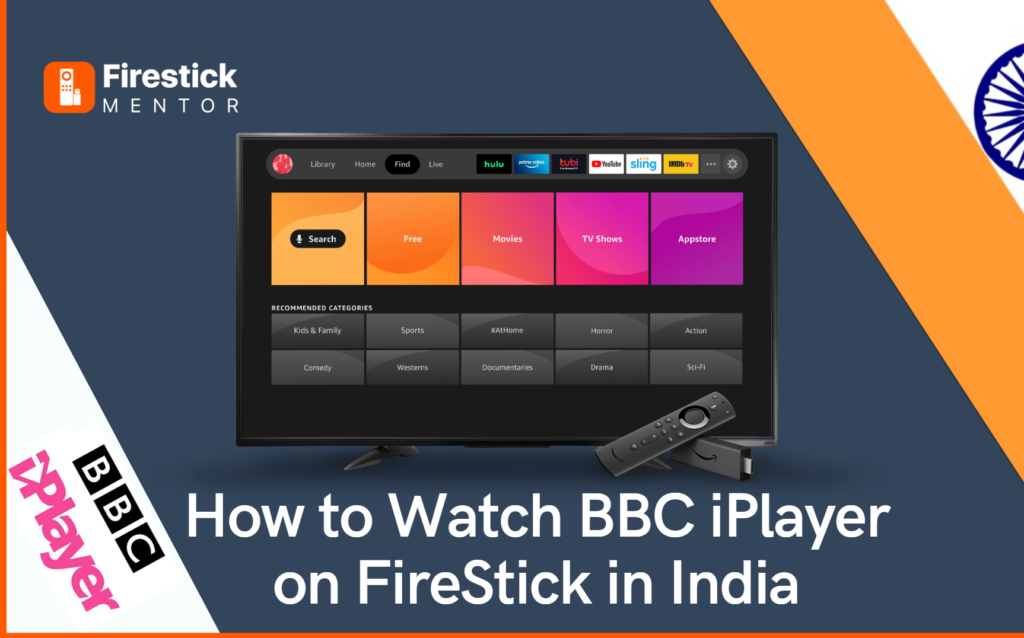 A selection of BBC channels is available live and on-demand through the digital streaming service BBC iPlayer. This comprises Radio 1, 2, BBC News, BBC Two, and BBC Three, among others. Similar streaming services include Netflix and Hulu, and others.

Unfortunately, residents of the UK are the only ones who can access BBC iPlayer. Anyone living outside of UK will be prevented from accessing it due to geo-restrictions.

However, the streaming service may still be accessed and viewed in countries other than the UK if you use a VPN. This article will help you learn to get BBC iPlayer on FireStick in India.

How to Watch BBC iPlayer with ExpressVPN on FireStick?

What is BBC iPlayer?

The BBC offers a video-on-demand service called BBC iPlayer. The service is accessible on various gadgets, including smart TVs, laptops and computers, tablets, smartphones, etc. No commercial advertising is present in the iPlayer services that are supplied to viewers in the UK.

iPlayer, BBC Media Player, and BBC iPlayer all refer to different ways of watching or listening to the same material. Without a TV license, it is illegal to watch or record live TV broadcasts from any UK broadcaster, as well as BBC TV catch-up or BBC TV on-demand content.

Similar to other well-known streaming services such as Netflix, Hulu, Amazon Prime Video, etc., BBC iPlayer operates similarly. To access all BBC services, which includes the iPlayer and Radio services, you must first create a BBC account, which is free of cost.

After logging into your account, you may immediately begin streaming. You do not have to input your card information because there aren’t any fees or charges.

Why is BBC iPlayer Unavailable on FireStick in India?

The reason for this is that a lot of the content that BBC is broadcasting is not its own; rather, BBC purchases the right to promote it in the UK and sells the rights to its programs.

When services are paying for the rights to display anything, they often receive the ability to demonstrate that material only in that particular area. They must spend more money to broadcast it to more places.

Since BBC is a UK-based company, paying to air material in countries other than the UK doesn’t seem like it would be more feasible for the platform.

A large collection of BBC original programs is also available on the platform. The BBC can generate more money at the expense of being unable to broadcast its programs everywhere since other businesses have to pay for the exclusive rights to display that material in other nations.

Because of this, BBC iPlayer isn’t operating in India and presumably won’t in the future.

Why you need a VPN to Watch BBC iPlayer in India on FireStick?

The BBC iPlayer will only load material if you access it with a VPN. This is because the streaming service system monitors your IP Address and will quickly ban you if you are accessing it from outside the United Kingdom. A VPN will encrypt and route all of your data through the connected server while also giving you a UK-based IP address.

As a result, when you connect to the UK server with a VPN, you are virtually accessing the internet through that place. This allows you to access BBC iPlayer from anywhere on the planet.

How to Sign Up for BBC iPlayer Outside the UK?

You can sign up for BBC iPlayer outside the UK through the following steps:

What to Watch on BBC iPlayer?

You can watch a wide variety of content on BBC iPlayer. Some of the most popular names are as follows:

Other Devices to Watch BBC iPlayer

Some other devices where you can watch the BBC iPlayer are as follows:

All UK citizens who have paid the TV license fee can access the BBC iPlayer service and BBC radio shows without further payments. Nevertheless, users who use the service from countries outside the UK will not be required to pay and can use it for free.

Is it Legal to Stream BBC iPlayer?

Yes, the BBC network has officially approved the service and granted it a license to broadcast the material; therefore, using BBC iPlayer to view content is legitimate and lawful.

How can I Watch BBC iPlayer Outside the UK?

The only method to access services outside of the UK is by utilizing a VPN since the platform is based only in the UK. For streaming BBC iPlayer from anywhere outside the UK, we advise using ExpressVPN and connecting to a UK server.