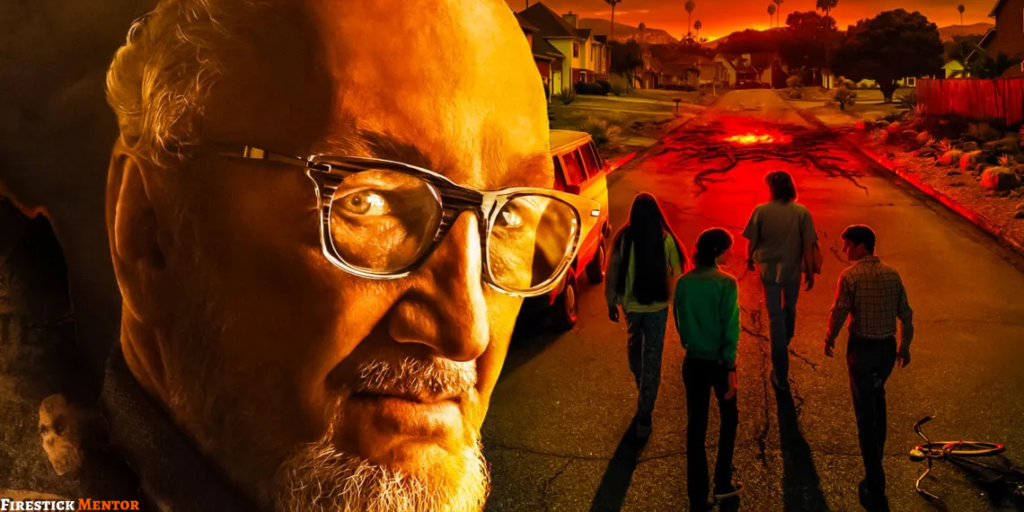 Season 4 of Netflix’s Stranger Things has taken inspiration from the classic horror franchise A Nightmare on Elm Street without explicitly stating so. Stranger Things season 4 is evidently influenced by Elm Street, as evidenced by Englund’s presence.
The lead villain, played by Robert Englund, has talked about whether he will play Victor Creel in more episodes of Stranger Things.

Creel, a scarred, devout family man, was accused of murdering his wife and daughter after strange occurrences began in their Hawkins home. Later, he lashes out by hypnotizing his victims and trapping them in a dreamlike nightmare by projecting his mind from the Upside Down into the world of Hawkins.

The horrifying, unsolved death of Chrissie Cunningham in Stranger Things season 4 draws the attention of Nancy Wheeler (Natalia Dyer). When she begins investigating these unusual incidents discover the horrifying past of victor creel. The murderer, who killed his family members, was claimed by a distraught father to be possed by some demon. Nancy and Robin Buckley (Maya Hawke) would later visit the imprisoned Creel in Pennhurst Asylum, learning Creel’s perspective as he told the pair of his ordeal with Vecna. Nancy would later learn the truth directly from Vecna (Jamie Campbell Bower), as he revealed that not only was he Victor’s son, Henry, but he was responsible for his family’s murders. While Victor is still imprisoned, Englund shares his thoughts on Creel’s fate.

In a Cinemablend interview, Englund acknowledged that he isn’t aware of the endgame of Victor’s fate, although he did speculate on a possible scenario. He also added that he noticed in the episodes that Vecna mentioned going back to visit his father during his interaction with Nancy. Englund speculated that the antagonist would return to finally murder Victor’s father as retaliation, even though he wasn’t sure if the reference was intended to establish the relationship between Vecna and Victor.
Englund stated that

“I don’t know. You know what I realized is that I just finished watching the whole entire season 4. And obviously, without giving out a lot of spoiler alerts, I see where they’re going. And we see what’s manifesting itself with Henry, my son. We’ve learned the truth of that. But there’s a moment when Nancy is in the sort of red Upside down – underworld, Salvador Dali floating things, and stalactites and stalagmites and bits and pieces of Hawkins, and the roots growing everywhere. And there’s a voiceover there, and (Vecna) talks about me. ‘Old Victor. Oh, I haven’t seen old Victor in a while.’… He says, ‘Well, maybe… I’ve been so, so busy. But maybe I should revisit him or something.’ So, I don’t know what that means. I don’t know if that’s just the writing reaffirming to the audience the relationship between the two, you know? Henry, Victor, Victor, Vecta. Or if it means that he’s got to come back and kill me, you know? Or he wants to relish my death because, as a father, I let him down. That I had been responsible and I’m a hypocrite like he says to 11. I’m a hypocrite, and I was responsible for a baby’s death during World War II and all of that.”

Englund hinted that the actor would only appear in the fourth episode of season 4, “Chapter Four: Dear Billy,” by saying that other actors had not yet finished filming their respective sequences when he concluded working on the episode in which he had starred.

Englund’s casting in Stranger Things Season 4 is a perfect opportunity for the actor to make an appearance, as while he missed out on a role in season 3, Vecna’s similarities with Freddy Krueger allow Englund to play a victim opposite his iconic horror villain.

While Englund will be missing from the remaining episodes of Season 4, his comments suggest that Victor’s story is far from over and that he may play a role in Vecna’s plans.