Best Movies and Shows Coming on Peacock TV in 2023 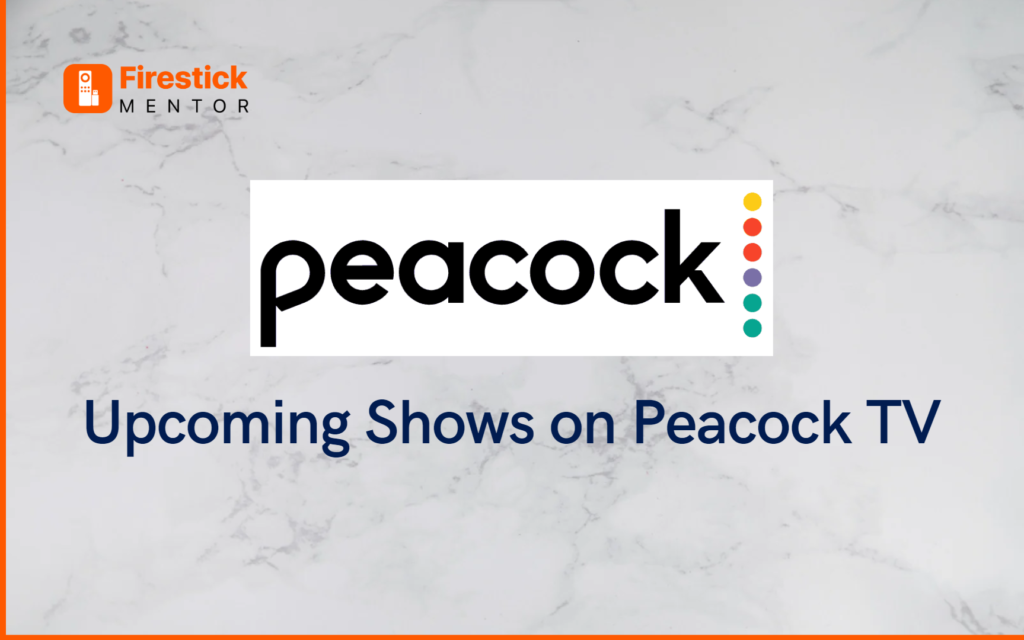 If you are an entertainment fan then there is so much for you to watch on Peacock TV. But it is important to remember that if you are not a citizen of the United States of America then you cannot directly access Peacock TV on your device.

The trick here is to make use of a reliable VPN like PureVPN to bypass the geo-restrictions if you are accessing this platform from another country.

Below are some of the shows and movies that are set to release on Peacock TV in 2023. It is time for you to see what is in store for you on this wonderful streaming platform.

From the known characters of John Wick, only Winston and Charon are set to return for the prequel.

Cast: Other than Keanu Reeves, no member of the movie series is to be featured in the series.

Following are some cast members:

No. of Seasons: The first season of The Continental is set to be released in 2023 on Peacock TV.

The shooting star is a movie being produced by NBCUniversal. Shooting stars is the origin story of LeBron James, and the movie will show James’s life as a high school basketball.

The film is based on a book written jointly by Buzz Bissinger and LeBron James, while it is directed by Chris Robinson. The movie will see LeBron take part in the second movie of his career after Space Jam.

Praise This is a musical drama in which Chloe Bailey joins a community choir but pushes everyone towards hipper music.

Meanwhile, her relationship with a hip-hop star may ignite or jeopardize her career. Praise This is directed by Tina Gordan, while it is written by Camilla Blackett, Brandon Broussard, and Tina Gordon. Praise This also continues the trend set by NBCUniversal of constantly promoting content for African American community.

Cast: The cast of Praise This includes the following:

The Killer is yet another NBCUniversal original movie announced and is set to be released on Peacock TV. For years there has been speculation for an English version of the original The Killer (1989) movie was released.

For this collaboration, Peacock TV has even hired the original writer of the movie John Woo to reimagine a modern version of the movie. The Killer is an action movie in which an assassin is on his last task, where he has to assassinate a high-ranking triad boss.

Bupkis is a new action comedy TV series set to be released on Peacock TV. The movie is a fictionalized version of Pete Davidson’s life.

The movie has gained a lot of traction due to its unique concept and the return of Joe Pesci (who plays Pete’s grandfather) to a series after 37 years. Bupkis is co-written by Pete Davidson, Dave Sirus, and judo mill.

Cast: There are several A-listers featured in the movie.

The following are the cast members:

No. of Seasons: so far, the first season of Bupkis is under development and is set to be released in 2023 on Peacock TV.

Watch Peacock TV From Any Country with a VPN

Peacock TV is the OTT platform for NBCUniversal movies and series. So far, Peacock TV is only available in the United States and its overseas territories.

The platform is not available in Europe, Canada, and other countries. So, if you want to watch the content available on Peacock TV from other countries, you will need to access a secure, reliable, and fast VPN like PureVPN with a server in the United States or its overseas territories.

It is very easy to get the VPN and then subscribe to it to be able to watch these wonderful shows and movies on Peacock TV. Just follow all these steps given below.

Why is Peacock TV unavailable in other countries?

Peacock TV is unavailable in other countries because of geo-restrictions, censorship, etc. as of right now, Peacock TV only has a license to show content in the United States.

There are several VPNs available on the market which can give you reliable and secure connections.

Generally, the choice of a VPN depends on the user, but we recommend PureVPN because PureVPN provides good packages with secure and fast connections, and the VPN also has a lot of servers in the United States where Peacock TV is available.

By subscribing to the premium services of PureVPN, you will be able to watch any geo-restricted content on Peacock TV.