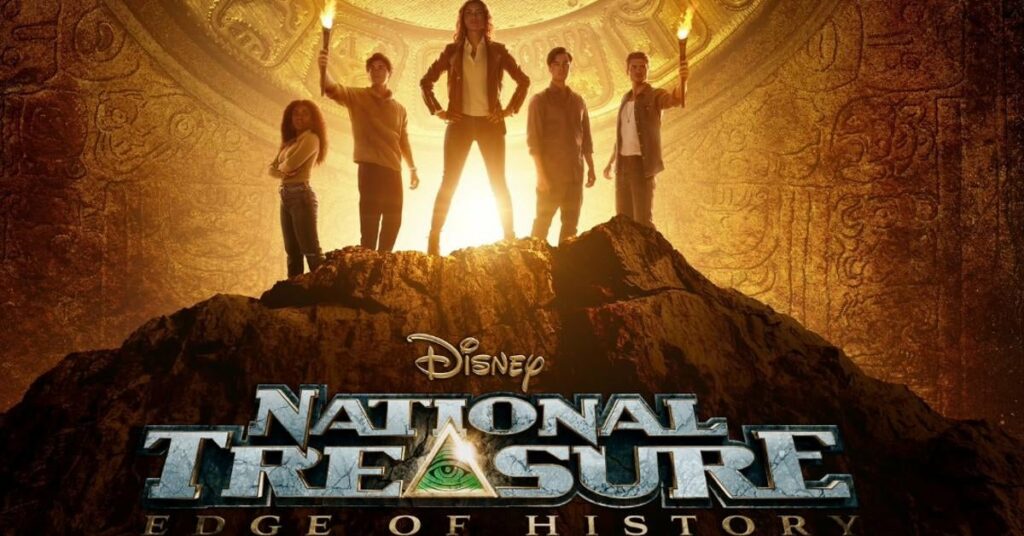 On the first day of SDCC, Disney+ held a panel to promote its highly anticipated new series National Treasure: Edge of History. The series is based on action films from 2004 and 2007 starring Nicolas Cage and will continue to focus on treasure hunters who unearth secrets concealed in old pieces of art. The panel unveiled a featurette with a first look and behind-the-scenes video from the new program. The footage was met with enthusiastic applause from the audience, and it is clear that fans are eager to see more from this highly anticipated series.

The featurette showed some of the new cast members, as well as some of the locations that will be featured in the show. It also gave a glimpse of how the show will differ from the movies, with a greater focus on historical accuracy and puzzles that are more challenging to solve. Behind-the-scenes footage showed the cast and crew working on the set, and it appears that National Treasure: Edge of History is going to be an exciting and visually stunning series. Fans of the movies will not be disappointed.

The panel also revealed something crucial: Justin Bartha won’t be the only well-known person we’ll recognize when the show starts. Peter Sadusky will be played again by Pulp Fiction actor and Academy Award contender Harvey Keitel, who will also appear as a guest star. Sadusky, an FBI special agent who was also a Freemason in the original film, assisted Benjamin Gates (Cage) in uncovering historical secrets. Now, it’s conceivable that Sadusky keeps his job and acts as something of an antihero in the show as well.

Additionally, returning cast member Bartha stated in the featurette that the fact that we live in a world that is different from the early aughts and that technology now plays an even bigger role in unraveling the story’s secrets is what makes National Treasure: Edge of History more enjoyable. Last but not least, series antagonist Catherine Zeta-Jones (The Mask of Zorro) mentions how much she enjoys the movies and jokes that she and her character will play a game of cat and mouse with the party of explorers, trying to remain one step ahead of each other throughout the journey.

National Treasure fans rejoice! The new TV show, which serves as a soft reboot of the franchise, has all of the same elements that made the films so great. You can expect the same mystery that invites viewers to solve alongside the characters, the same fun, and the same fast-paced adventure that jumps from location to location with plenty of twists. In other words, if you loved the National Treasure films, you’ll love the new TV show. And even if you’re not familiar with the films, you’ll still enjoy all that the TV show has to offer.

Umbrella Academy Season 4: Could be the last season, as per the showrunner

Fans can expect more of the same high-stakes adventure, mystery, and history that they loved in the films. However, this time around, they’ll get to see it all unfold on the small screen.
National Treasure: Edge of History’s release date has not yet been specified by Disney+. But it is expected that the show will debut on Disney+ in 2023. The featurette is available to view below: So get ready for some treasure-hunting fun!