How to get BBC iPlayer on FireStick in the US 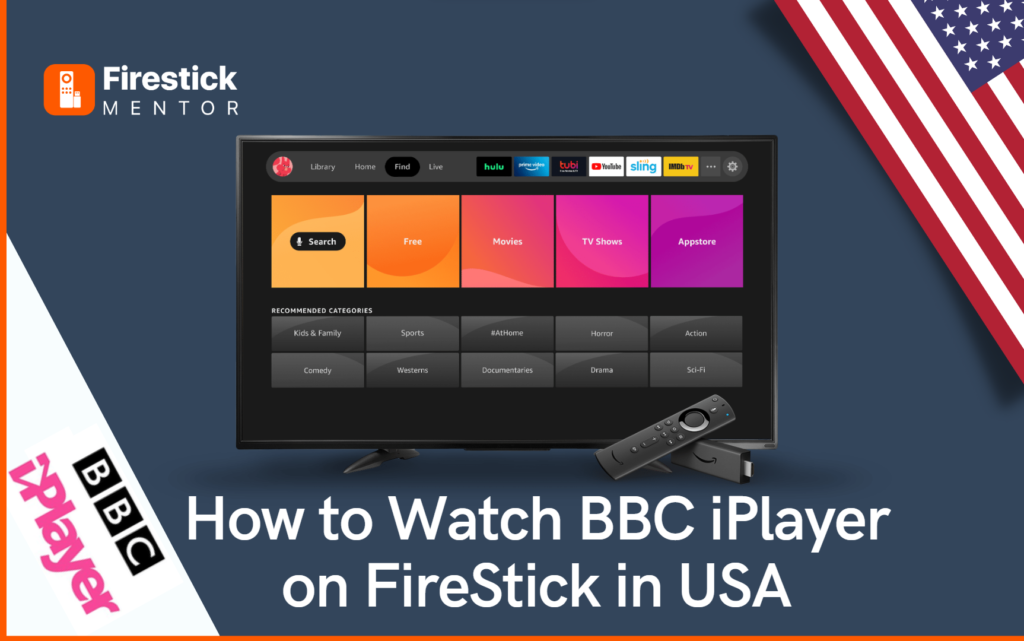 Since its founding in March 1922, the BBC has been at the frontline of broadcasting and entertainment. The broadcaster introduced iPlayer over ten years ago, and it soon rose to the top of the list of downloading and streaming TV and radio programming options.

The BBC provides videos on demand through the BBC iPlayer. It offers no-cost on-demand and live video streaming. On this website, you can access numerous BBC channels. It includes Radio 1, BBC One, BBC Two, BBC Three, BBC Four, and BBC News.

Recently, it has prioritized 4K Ultra HD content. Only the UK can use BBC iPlayer due to geographical restrictions and privacy rules. You cannot use the streaming service outside of the UK without a VPN. It would help if you chose a trustworthy VPN compatible with BBC iPlayer for an entirely new viewing experience.

How to Watch BBC iPlayer with ExpressVPN on FireStick?

Why is BBC iPlayer not Working on FireStick in the US? Solutions

BBC iPlayer functions similarly to well-known streaming services like Netflix, Hulu, Amazon Prime Video, etc. You must first register for a BBC account, which is free, to access all BBC services, including the iPlayer and Radio.

You can start streaming instantly after creating your account. Due to geo limitations, only residents of the UK can stream BBC iPlayer. However, if you live in the US and cannot access the BBC iPlayer, even if you are using a VPN, you should try to resolve that problem.

BBC iPlayer on FireStick could cease functioning due to a poor internet connection. Older Firestick versions may also contribute to the problem. Additionally, the operation can be interrupted by trash cache files on Firestick or in the BBC iPlayer app.

Another factor that prevents BBC iPlayer from functioning on FireStick is insufficient device storage. Any server problems or a lack of updates for the BBC iPlayer app could be problematic.

Why do you need a VPN to Watch BBC iPlayer in USA on FireStick?

All the countries outside of the UK have no direct access to BBC iPlayer, including the US. It would help if you used a reputable VPN like ExpressVPN to access BBC iPlayer outside the UK. Content will load on the BBC iPlayer if you use a VPN. It is because if you connect from a country other than the United Kingdom, the streaming service system will immediately restrict you. After all, it monitors your IP address.

With ExpresVPN, your data is encrypted and routed through the connected server while you are given a UK-based IP address.

You use that region to access the internet when you utilize a VPN for connecting to the UK server. You can therefore access BBC iPlayer.

How to sign up for BBC iPlayer Outside the UK?

BBC iPlayer, due to its geo-restriction, is only available in the UK. To sign up for BBC iPlayer outside the UK, you have to follow these steps:

What to Watch on BBC iPlayer?

There is a tonne of entertaining content present on BBC iPlayer. You can subscribe to ExpressVPN and get a subscription. It will depend upon the type of subscription that how much content can be accessed.

On BBC iPlayer, a vast range of content is available. Here are some of the most common names:

Other Devices to Watch BBC iPlayer:

The following gadgets can also handle the streaming service:

Does BBC iPlayer in USA Require a VPN?

Yes, you must use a VPN to access the BBC iPlayer library in the US or elsewhere outside the UK.

Which VPN Provides the Best BBC iPlayer Streaming in the US?

Due to its quick speed, ExpressVPN is the best VPN for BBC iPlayer in USA. It downloads at an average rate of 89.78 Mbps over a 100 Mbps connection.

Yes, using BBC iPlayer to watch video is valid and legal because the BBC network has given it formal approval and a license to broadcast the content.